At this point, it’s difficult to predict the future of virtual reality. Since its inception in the 20th century, VR has gone through many peaks and valleys. Some experts say that VR will be eclipsed by other technologies such as augmented reality or holograms while others claim that “VR is here to stay.”

The “metaverse company” is a company that is creating the Metaverse, which they believe will be the next big thing. This article discusses some of the pros and cons of this idea. 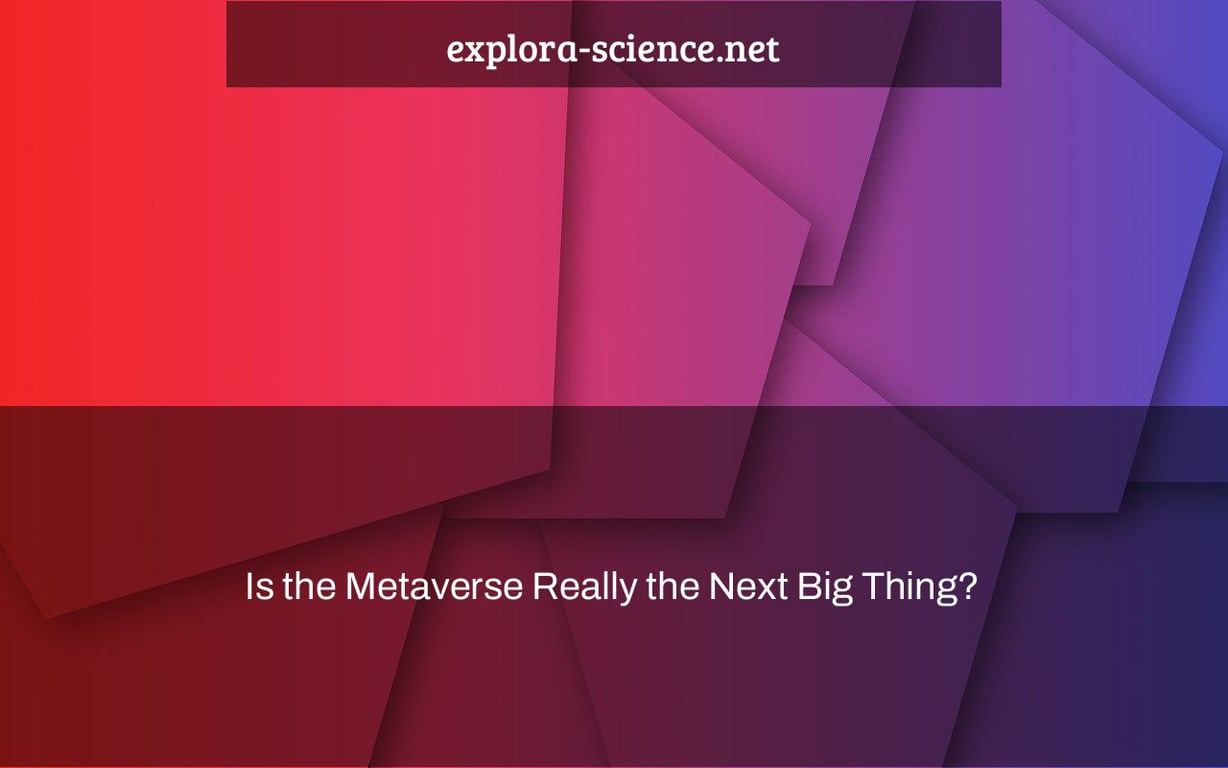 That’s the point hammered home by the Facebook founder in one of the most extensive concept movies ever made by a computer company: an 80-minute video outlining his company’s vision of “the metaverse,” which Mr. Zuckerberg thinks is the next computing paradigm shift. The video—along with Facebook’s plan to rebrand itself as Meta Platforms Inc.—marked a fitting close to a year in which the rather hazy idea of the metaverse became one of technology’s most touted buzzwords.

Mr. Zuckerberg’s main criticism of today’s interfaces is that they aren’t immersive enough for him. We experience a very filtered version of our friends or coworkers when we connect with them virtually—email threads, text messages, grainy Zoom videos with choppy audio. All of this interaction is condensed onto a two-dimensional screen that is frequently the size of a deck of cards.

At one point in the video, he remarks, “Screens…can’t provide that profound experience of presence.” “The metaverse’s distinguishing attribute is presence.”

Let us assume that 1) whatever version of the metaverse emerges will be grittier and more ad-cluttered than the chipper, pristine version shown in Meta’s promotional video; and 2) Facebook/Meta may not be at the top of some people’s list of companies to shape the internet’s next-generation architecture.

Instead, concentrate on the fundamental question: Is Mr. Zuckerberg accurate in his assertion that the metaverse is the inevitable next step in computer interfaces? 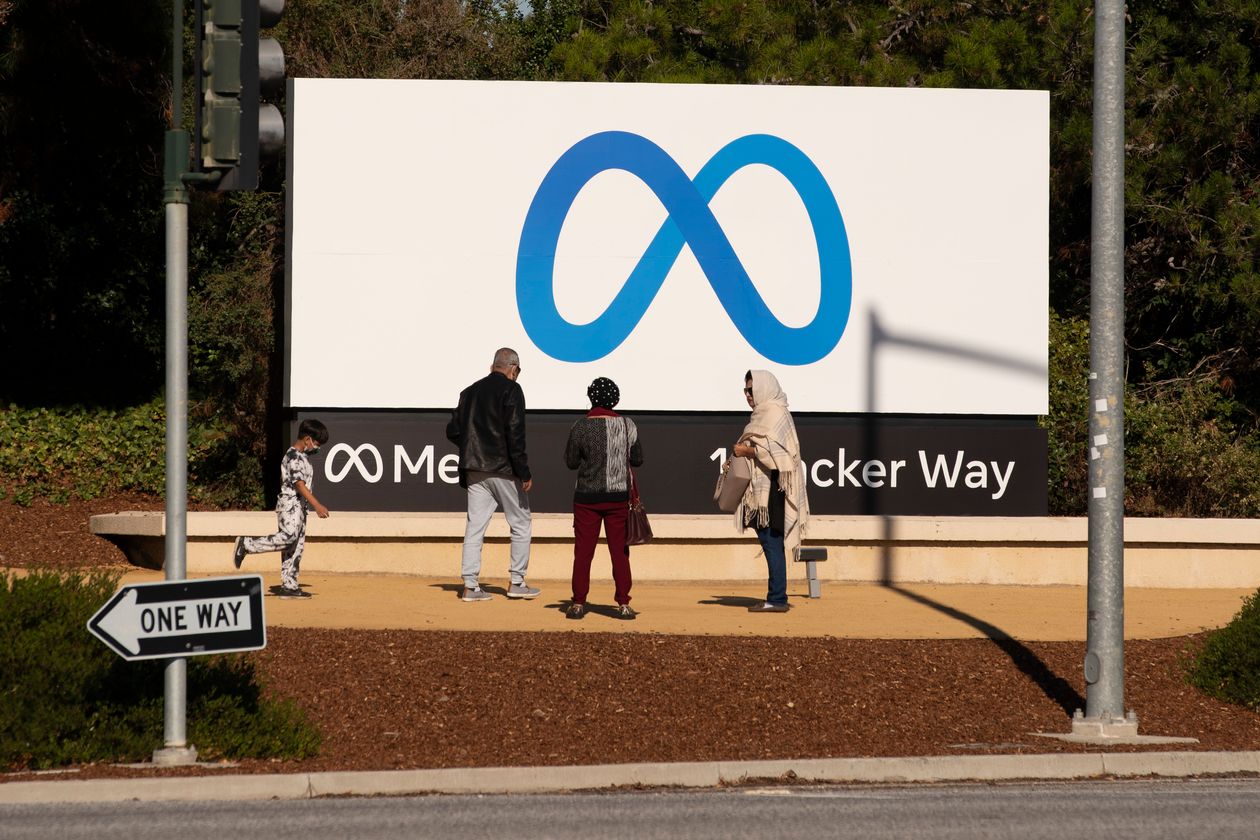 Outside the Meta offices in Menlo Park, Calif., is a sign displaying the company’s emblem.

Three “inevitable” paradigm shifts in how we interact with our digital devices have occurred in modern computing history: the graphic interface, popularized by Apple Computer with the introduction of the Macintosh in 1984; the hypertext links of the World Wide Web, which became mainstream in the 1990s; and the multitouch interface, first introduced with the iPhone in 2007, and now almost without exception the standard in the industry. 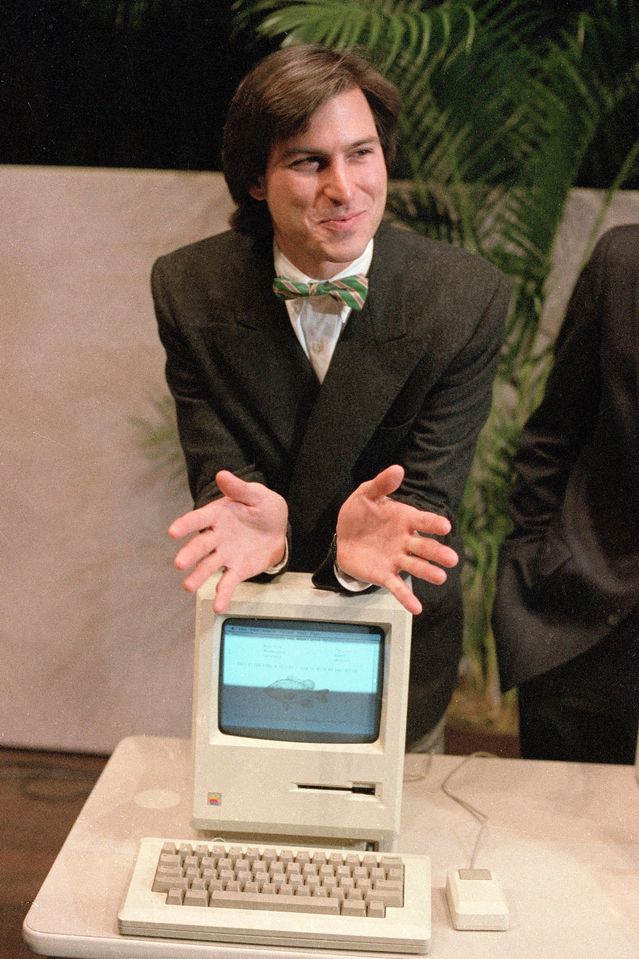 With the Macintosh computer and its visual interface, Apple and Steve Jobs ushered in a digital paradigm shift in 1984.

Will the metaverse be included in this pantheon at some point? The fact that the phrase has numerous meanings adds to the difficulty of addressing that issue. In some contexts, the term “metaverse” refers to a shared architecture—perhaps based on the blockchain—that allows virtual goods and identities to be transferred from one platform to another; for example, imagine buying an NFT horse on the Zed Run racing platform and bringing it into the Wild West game world of Red Dead Redemption. This would be a significant step forward—especially if it enabled us to transfer our social relationships from one platform to another—but it would mostly be a technical enhancement.

The alternative notion of the metaverse, however, entails a revolution in the user interface itself: flat displays with stacked windows and symbols giving way to 3-D immersive worlds that you explore using either augmented-reality glasses or virtual-reality goggles like those sold by Meta. Mr. Zuckerberg participates in a metaverse card game with four other coworkers on a virtual space station orbiting over Earth early in his promotional film. Some participants have remade themselves as cartoon avatars; one has reimagined himself as a 10-foot-tall robot with a green visor.

This kind of encounter, according to its proponents, promises to free us from our screens’ fragmented, two-dimensional experience. Some of that liberty does point to new creative avenues. Architects, for example, may create a whole new line of business in the metaverse by constructing virtual locations for public meetings. Fully simulated interaction—robots on space stations—will be a godsend for those who have trouble participating in conventional face-to-face discussion or who want to change their physical identity in some manner. 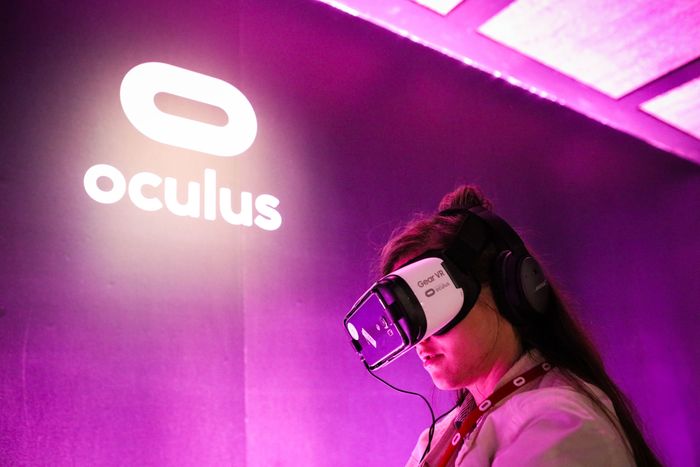 But there’s something strange about employing the vocabulary of presence to describe these kinds of immersive settings. To generate the metaverse’s “consensual hallucination,” all players must be strapped into a VR headset and cut off from reality, to use a term from sci-fi novelist William Gibson. Even if the goggles grow lighter and the displays improve crisper, it’s unclear whether this is a physical experience that most people want to enjoy on a daily basis.

Previous interface revolutions led our computers toward more human-centric methods of conveying information: the graphic interface’s visual metaphors, multitouch’s tactile responsiveness. Virtual reality, with all of its creative potential, requires you to establish an unnatural connection to your environment. Even if some of these experiences may be replicated via augmented reality, in which virtual companions or other types of data are projected onto real-world locations using special glasses, such interfaces are unlikely to make us feel more “present.” Every discussion will be marred by the potential that your conversation partner is looking at a stock ticker or viewing YouTube videos out of the corner of their eye. 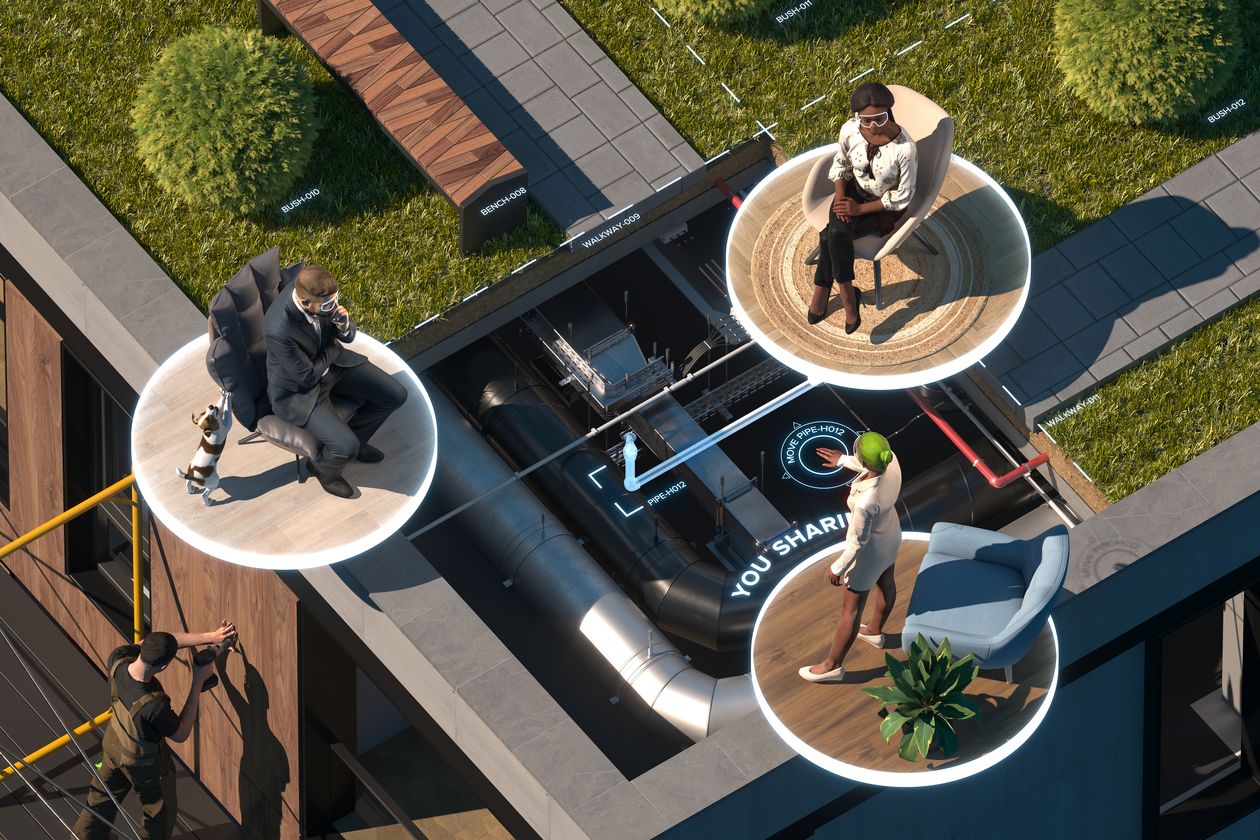 Employers may use the metaverse’s shared 3-D surroundings to enable employees to cooperate in ways that aren’t currently feasible with current technology.

Presence, I’m guessing, doesn’t imply dressing up as a giant robot floating in space. It means being able to communicate with our friends and family using all of our senses: facial expressions, subtle verbal signals, and all of this in an environment where we can feel and touch with our unmediated senses. We’re not far off from having remote talks with folks whose pictures are taken in 8K video with full-fidelity sound and presented life-size on a wall-mounted screen. Instead of leaving the real world for the metaverse, additional rooms occupied by real people may just spring up next to ours, producing a tremendous illusion of presence without the need of goggles or glasses.

The argument for the metaverse as the next paradigm shift is further weakened by another physical limitation: mobility. Several moments in the Meta promotional film show individuals actively exploring a totally virtual world, notably while playing games or exercising. Needless to say, in order for this to operate in reality, a lot of vacant space is required. It may seem nice to have a fencing bout with a virtual opponent in the midst of a beautiful rainforest—until you fall over your real-world coffee table.

True, VR technology can scan rooms and set borders to keep you safe from undesired collisions, but if we’re going to perform a lot of physical activity in the metaverse, we’ll need a lot of vacant space, ideally lined with Nerf-like surfaces to cushion the inevitable hits.

Of course, there is precedence for this. Changes in house design were prompted by the emergence of television, which eventually became second nature to us. Perhaps, in the future, we will have vacant “imagination chambers” in our houses where we can explore the metaverse without any physical constraints. When stated in that way, it seems appealing: Who wouldn’t want a space devoted to imagination?

On the other hand, you might just as well call it a padded cell.

Mr. Johnson is the author of many books, including “Extra Life: A Short History of Living Longer,” which he just published. He publishes the Adjacent Possible newsletter. [email protected] is his email address.

The metaverse is being discussed by everyone. But what does the digital world of the future look like? Joanna Stern of the Wall Street Journal checked into a hotel and put on a virtual reality headset for the day. She attended virtual performances, went to business meetings, and hung out with new avatar acquaintances. Tammy Lian/The Wall Street Journal photo illustration