Samsung has been one of the most prolific and innovative smartphone manufacturers, but so far its 5G offerings have not reached consumers. That changes with Samsung’s recently announced A53 model for India. The new phone comes at a premium price, but offers what could be some of the best specs to hit this market yet.

Samsung has just announced that they are bringing the A53 5G in India. The price, specs, and release date were also revealed. 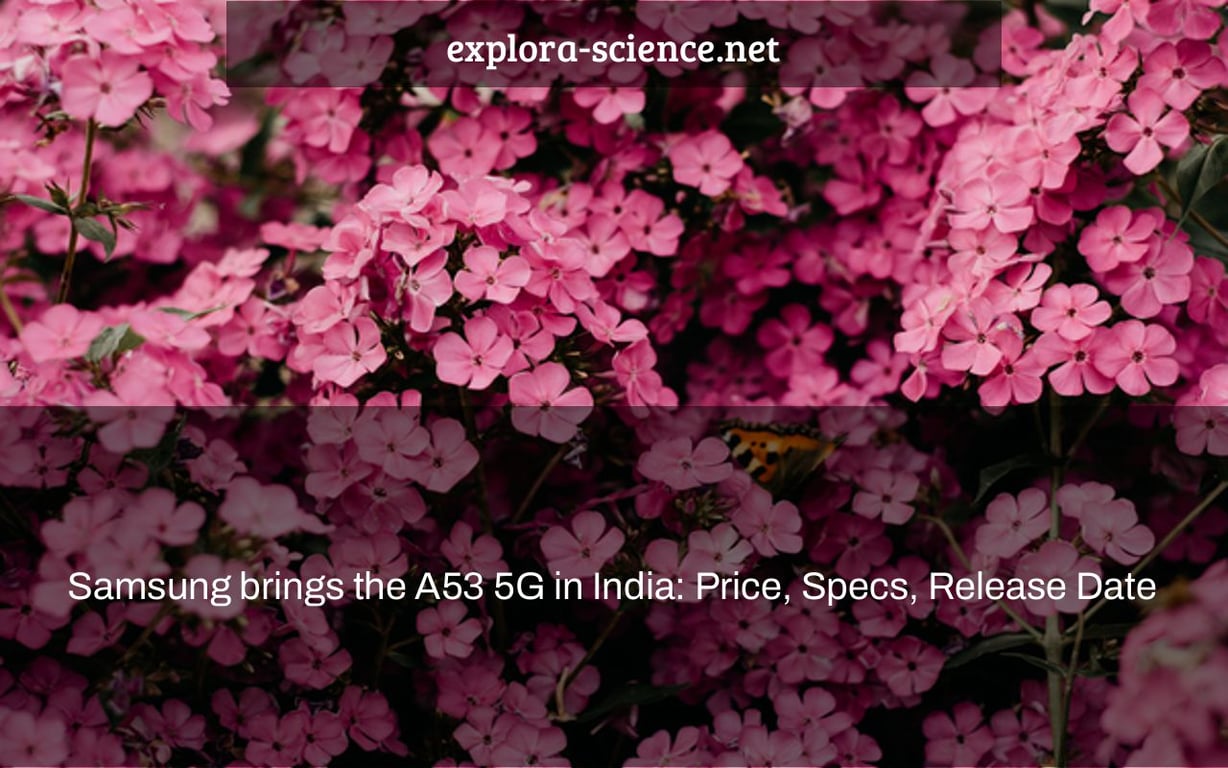 In India, Samsung unveiled the A53 5G, the company’s latest A-series device. The next Galaxy phone has a 64-megapixel OIS camera, a 120Hz super AMOLED display, IP67 water and dust protection, and, of course, 5G capability owing to the Exynos 1280’s 5nm octa-core processor.

The phone boasts a 5000mAh battery that, according to Samsung, can reach 50% charge in just 30 minutes thanks to its 25W rapid charging. Power adaptors, by the way, must be purchased separately since none are provided in the package.

Aside from the 64MP main camera, the phone has three other cameras on the back: a 12MP ultra-wide, a 5MP macro, and a 5MP depth sensor. The 6.5-inch screen has a resolution of 1080p.

When will the Ola S1 and S1 Pro scooters be available for delivery?

Here’s a rundown of everything you need to know about the phone.

The Exynos 1280 octa-core processor powers the phone. The device is made in a 5nm process and has a clock speed of 2.4GHz. Buyers will be able to pick between 6 and 8GB of RAM, with both options having 128GB of storage. The phone also has a software option called RAM Plus, which allows for an additional 8GB of storage to be used as RAM, bringing the total RAM to 16GB. There’s also an external microSD card slot for up to 1TB of memory expansion.

The phone has a 6.5-inch Super AMOLED display with a resolution of 2220 x 1080 and a refresh rate of up to 120Hz. Except for the refresh rate, the display isn’t really noteworthy. It also lacks technology like as LTPO, which may help the battery survive longer when using high-refresh-rate screens.

The phone has five cameras: four on the rear and one front-facing hole-punch camera. The four cameras on the rear are as follows:

The phone’s front camera is a 32MP F2,2 shooter hidden under the headphone grill.

Samsung promises that the phone’s 5000mAh battery would last two days. When you run out of power, the 25W rapid charging allows you to charge the phone up to 50% in 30 minutes. However, as previously said, the package does not include a power brick, so you will need to purchase one separately.

Extras and the operating system

The phone comes preloaded with One UI 4.1, which is based on Android 12. In addition to the Knox Security and IP67 water and dust resistance, Samsung offers four years of OS updates and five years of security improvements for the phone.

At the time of writing, the phone is available for pre-order till March 31. Customers who pre-order during this period will get the phone on March 25.

There are two versions of the phone:

The phone’s hardware Specifications are shown below.

In the news: Telegram’s prohibition in Brazil has been lifted after two days.

When he’s not writing/editing/shooting/hosting all things tech, he streams himself racing virtual vehicles. Yadullah may be reached at [email protected], or you can follow him on Instagram or Twitter.

The “samsung a53 gsmarena” is a new smartphone from Samsung that has been released in India. The phone comes with 5G connectivity and the A53 chip.

When was Samsung A53 released?

Does the Samsung Galaxy A53 5G have wireless charging?

What is the price of Samsung Galaxy A53?